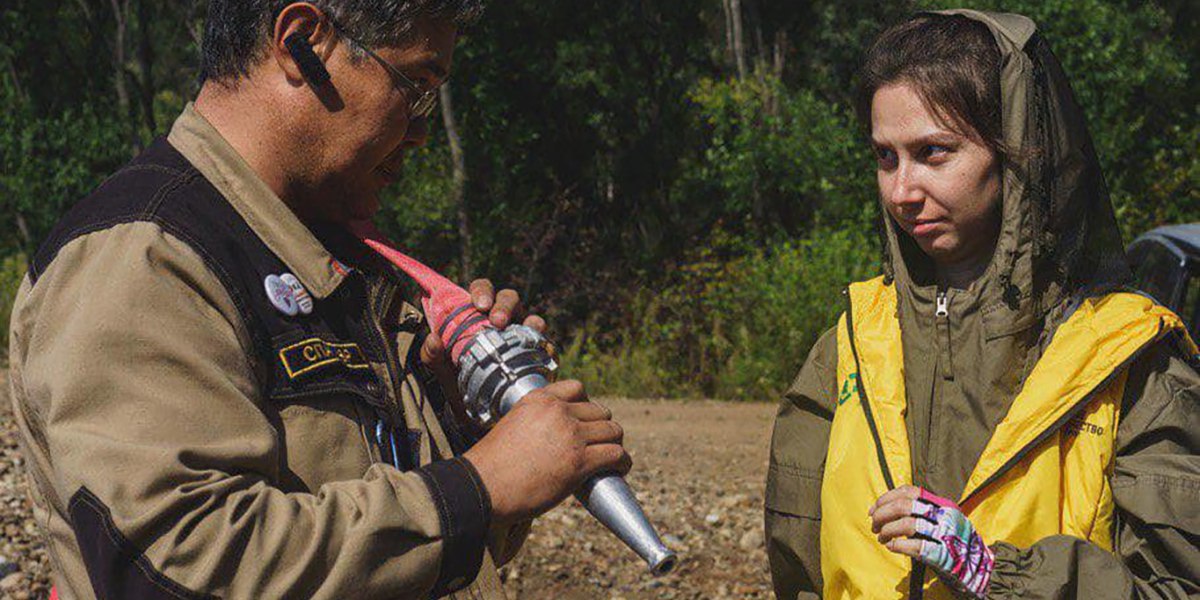 On August 29 in the village of Pivovarikha, Irkutsk region, volunteer fire extinguishing meetings were held, organized by the «Cross Volunteering Project», «Forests of Siberia» and the «Dikorosy» company.

During the training camp, the volunteers worked out the actions necessary to extinguish fires - they launched a quadrocopter into the air, with the help of which it is possible to detect a fire, created mineralized strips, tested motor pumps, filled Ermak satchels with water. At the end of the training, it was necessary to find and neutralize the smoke bomb.

— At the expense of the association, we equipped a small squad in Ust-Kut, — Alexander Deev continues. — This year we asked for help in Irkutsk and the south of the region so that we could go to extinguish fires in specially protected areas. The Association supports our movement and wants the reserves and forests of Russia to be whole.