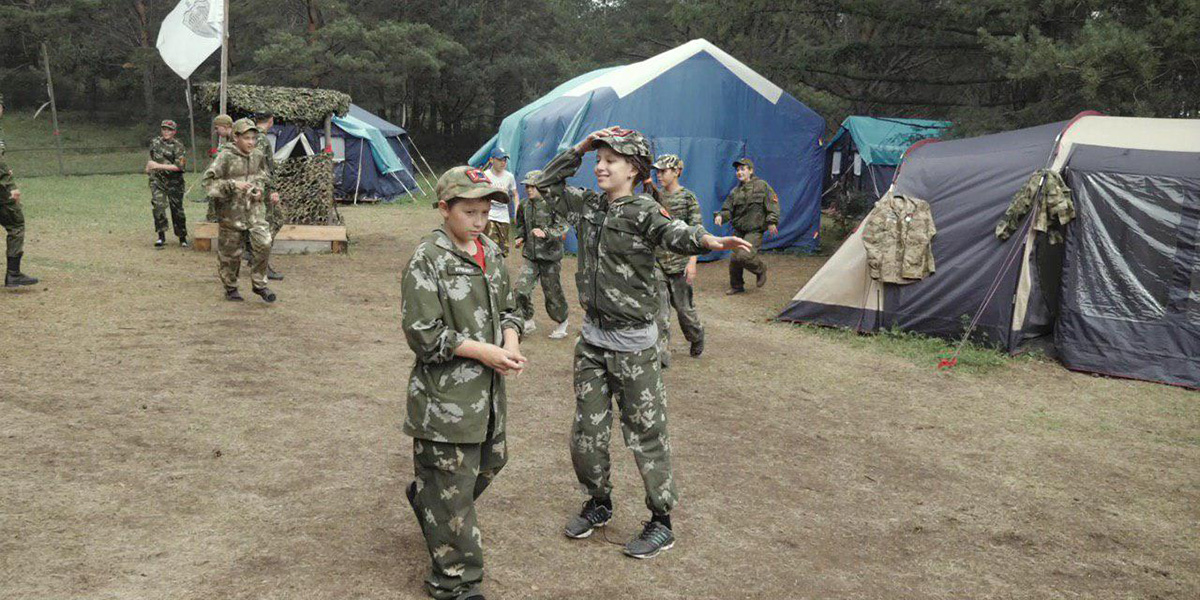 130 children from flood-affected cities and villages got an opportunity to go on vacation in children's camps thanks to the «Russian Forest» Association.

15 guys went to the camp «Warrior of Siberia», which is located in the village of Bolshoe Goloustnoe on the shore of Lake Baikal.

For two weeks in the camp, children will not only rest, but will also learn how to shoot with an air rifle, throw knives, navigate the terrain, master radio communications, play football and paintball, and gain knowledge about the history of Russia.

— The goal of the Siberian Warrior project is to educate and raise children, — the chairman of the Irkutsk Regional Public Organization of Intelligence Veterans and Special Forces Pavel Matveev says. — To give new knowledge and skills so that the guys become a big team and can make operational decisions in emergency situations. This year, children from Tulunsky and Nizhneudinsky district came to us. I want to thank the Association «Russian Forest», which helped children escape from trouble, and allowed parents to put their houses in order.

— The assistance to Tulun was significant, a lot of humanitarian aid came, — Vanya Zaitsev says. — I myself was a volunteer. Our coach Alexei Sergeevich Nikolaev organized the guys, and we distributed drinking water to people who could not move independently.

Earlier, the «Russian Forest» Association decided to help rebuild children's social institutions in Tulun and Nizhneudinsk, which were destroyed by flooding, and also delivered humanitarian aid to the affected areas.