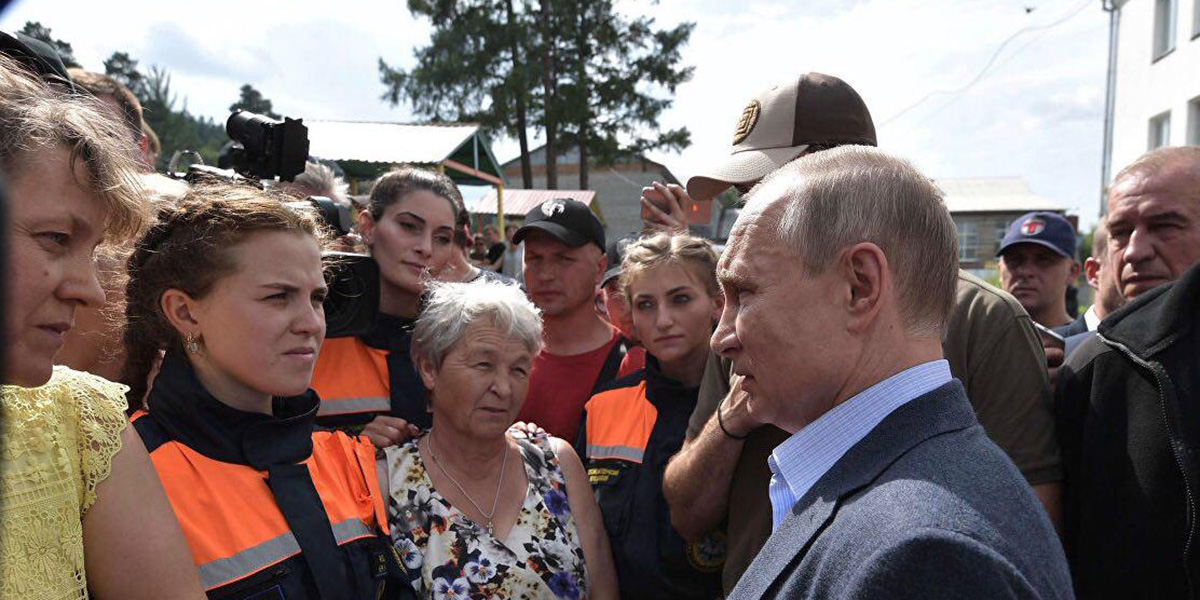 This summer, a big trouble came to the Irkutsk region - after long torrential rains, the region is experiencing the largest flood in 100 years. As a result of the disaster, more than 30 settlements were flooded. Several thousand people were evacuated from the flood zones. Several dozen people died.

On July 19, Vladimir Putin visited flood-hit areas and talked to local residents. The President of Russia called the work to eliminate the consequences of the flood unsatisfactory and promised the residents of Tulun, one of the cities most affected by the flooding, to keep the situation under control. Vladimir Putin also assured people that he would soon visit Tulun again. Of particular concern to him and the proximity of the beginning of the new school year.

The National Association of Timber Industry is experiencing a catastrophe that has happened together with the region and since its first days implements social and humanitarian projects that help to eliminate the consequences of the flood, as well as to restore the housing and infrastructure of the region:

- In the first days after the flood, for the families that had lost their homes, the association sent basic necessities: bedding, clothing, household items, as well as food and drinking water;

- Together with the Russian Children's Fund, school uniforms, school bags for schoolchildren whose homes were damaged by flooding were ordered;

- with the assistance of the National Association of Timber Industry, the enterprises of the Irkutsk Region and the Krasnoyarsk Territory offer vacancies for employment or temporary employment, as well as provide housing.

The association will continue to help rebuild social facilities in cities and towns in the Irkutsk region affected by the floods.