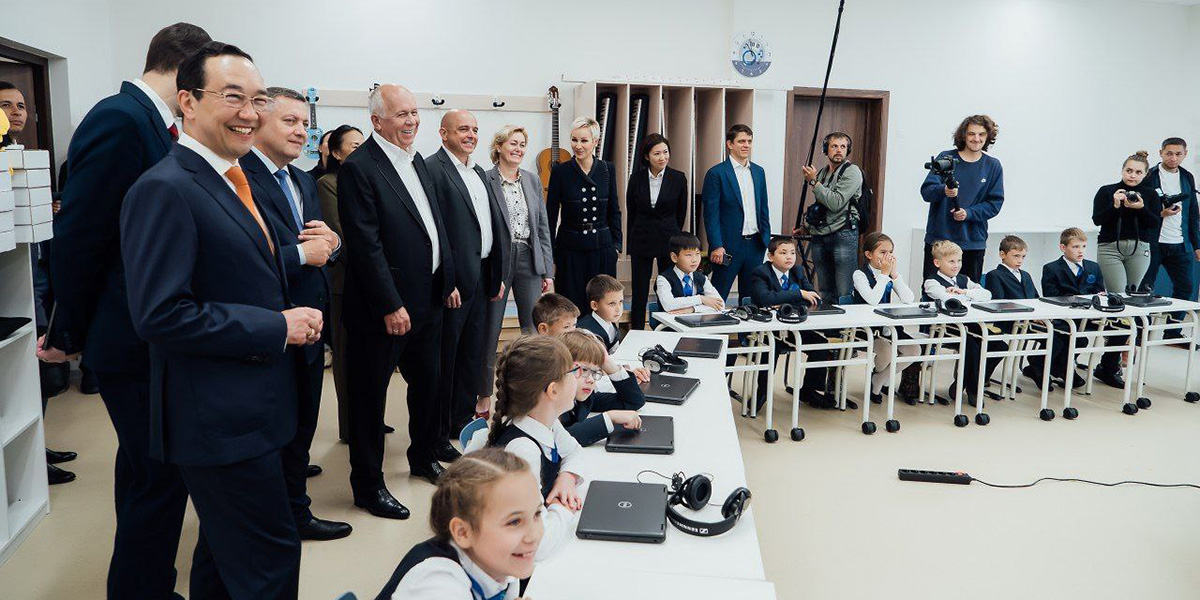 The complex covers an area of 20 hectares on which a kindergarten, two schools, a sports and administrative building, a swimming pool, a hockey rink and a psychological support center are built. Also on the territory of the complex there is a cottage village, where 19 families received housing, in which 113 foster children are brought up. Each family was allocated a million rubles for the move, and the largest family received a separate cottage and two million.

«There have never been such large-scale projects for children in the Irkutsk region, — says Margarita Lee. — «Point of the Future» is equipped with the latest technology and equipment. More than a hundred teachers are engaged with children - these are teachers, psychologists, and tutors, which allows you to find an individual approach to each child and develop his talents».