Association "Russian Forest" at the forum "Forests of Russia" 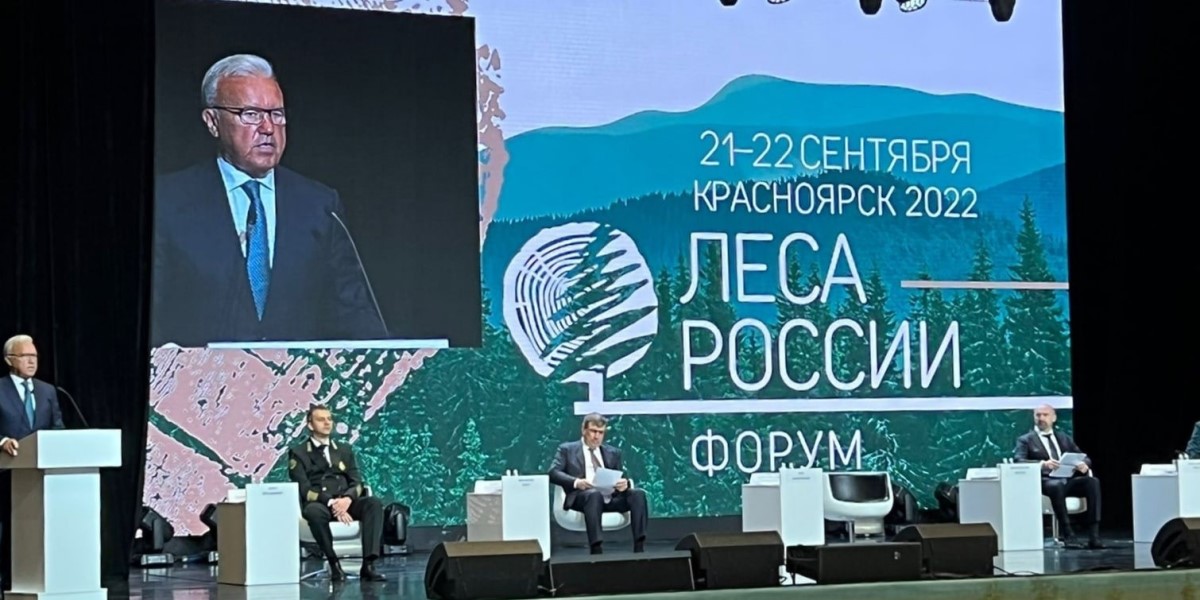 On September 21 and 22, Krasnoyarsk hosted the 1st International Forests of Russia Forum, which included a series of round tables, the Expodrev-2022 exhibition and the Russian Felling Championship Lesorub. The forum events were attended by over 600 participants from 70 regions of the Russian Federation, as well as delegations from the Donetsk and Lugansk People's Republics, Armenia and Belarus.

The Russian Forest Association was represented at the Forests of Russia forum by the president of the association, Olga Kalyuzhnaya, and the honorary president, Alexei Zhelneev. A number of meetings were held with representatives of business, federal and regional authorities. Olga Viktorovna and Aleksey Alekseevich took part in the plenary session of the forum and the work of round tables “Prospects for the development of the timber industry complex. New Realities and New Opportunities”, “Digital Transformation of the Forestry Industry and Promising Technologies for Remote Sensing of Forest Fund Lands” and others.

“Format of the forum involves a very intensive dialogue between the government and the business community. Since the beginning of this year, a large number of support measures have been developed, but our joint task is to monitor how these measures work, conduct a prompt reassessment of target indicators, and make proposals for adjustments. A set of measures to support the forest industry is a mobile, living mechanism, and constant work is needed with it. Discussion of the direction of such work became the basis of the association’s agenda within the framework of the Forests of Russia forum,” Olga Kalyuzhnaya noted.