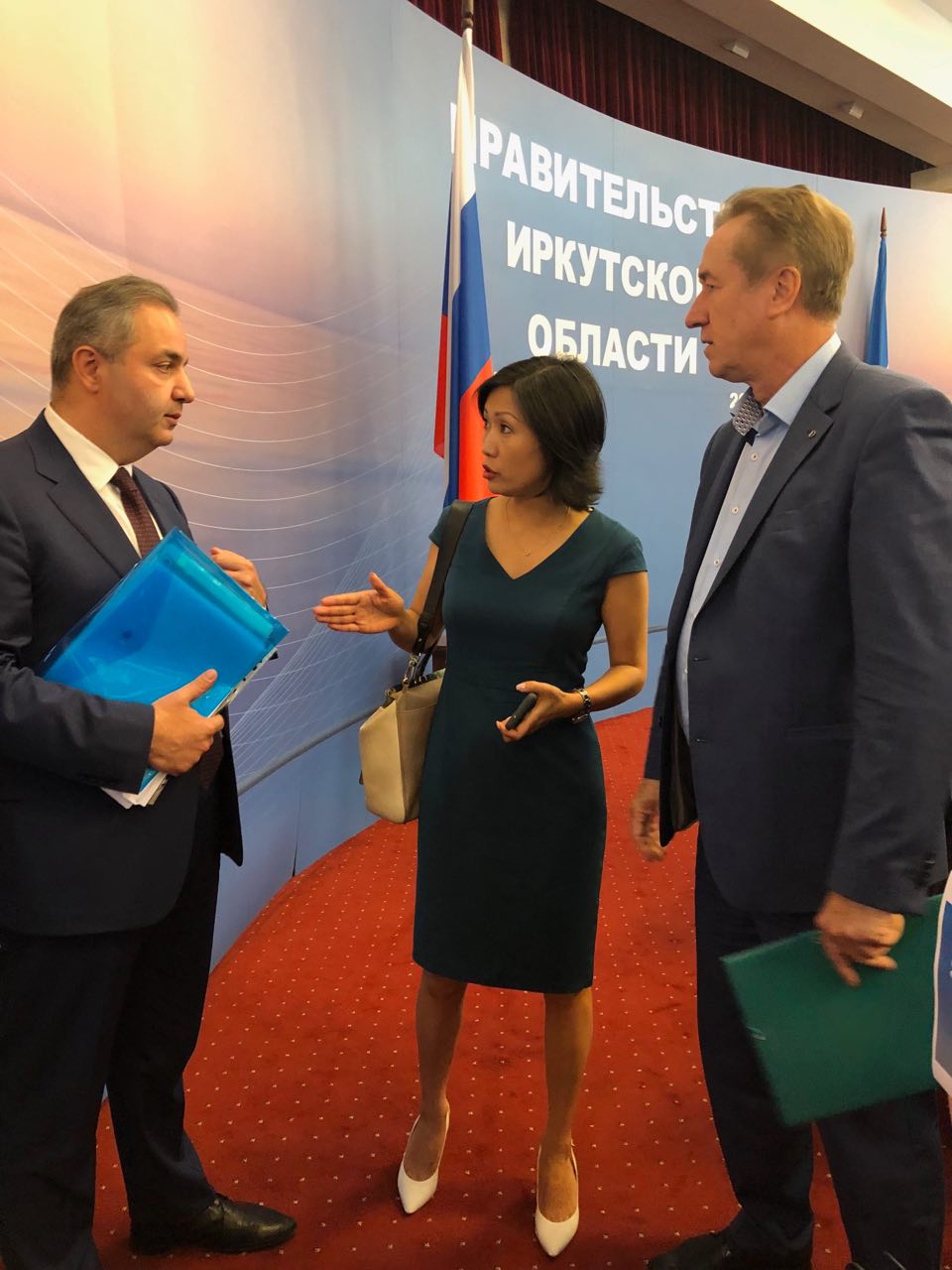 The National Association of Timber Industry «Russian Forest» took part in a meeting on the provision of assistance and assistance to the elimination of the consequences of flooding in the Irkutsk Region. It was held on July 12 by the Deputy Minister of Industry and Trade of Russia, Georgy Kalamanov.

The meeting reviewed the current situation in flood affected areas. According to the deputy minister, currently, an additional 2.3 billion rubles have been allocated from the Russian budget for the elimination of the consequences of the flood.

Kalamanov paid special attention to the issue of monitoring prices and supporting entrepreneurs in flooded areas, as well as the problem of providing jobs for people in the affected areas of the region. In their turn, representatives of commercial enterprises that participated in the meeting presented reports on assistance to residents of the Tulun and Nizhneudinsky districts.

According to Margarita Lee, vice-president of the «Russian Forest» Association, lumbermen created about 200 vacancies for flood victims. All of them are provided at the enterprises of the Irkutsk region and the Krasnoyarsk Territory. Employees in need are provided with accommodation. The representative of the association also said that humanitarian aid had already been sent to the affected areas, and two rehabilitation centers for children in Tulun and Nizhneudinsk were also being restored.

«September 1 is coming soon, the kids have to go to school. We are working with the Irkutsk branch of the Russian Children's Fund on a list of children in the Tulun district. Ready for all who need to provide school uniforms and assemble school backpacks. And besides, we are also ready to participate in the restoration of facilities, we understand that materials are required for this and we can provide everything we need», — Margarita Lee concluded.

Georgy Kalamanov noted that the monitoring of the situation in the Irkutsk region will be conducted on a daily basis. Work to eliminate the consequences of flooding will be continued at the levels of commissions of the Government of the country, the Ministry of Industry and Trade of Russia, the Government of the Irkutsk Region and at the level of socially responsible business.

The decision to allocate 2.3 billion rubles on July 11 was announced by Russian Prime Minister Dmitry Medvedev. Also during the Cabinet meeting, the Prime Minister recalled that the previously allocated 662 million rubles had already arrived in the region and distributed.

«It is important that all who are compensated receive them as soon as possible. I would ask all those responsible for this process in the government, in coordination with the regional authorities, to monitor how these payments are made», — the prime minister stressed.