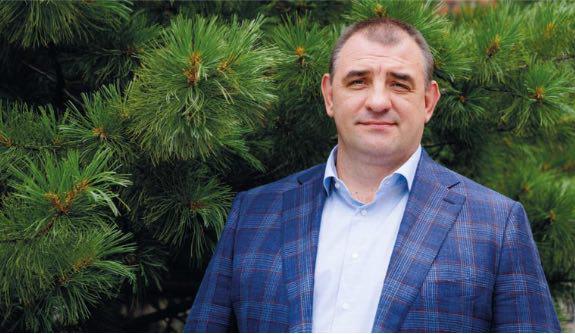 The president of the «Russian Forest» Association gave a great interview to Forbes. We single out the main thing.

About the causes of fires

- The main cause of fires is logging residues. Normal logging companies are required to clean them. If this does not happen, all that is left dries up, this tree becomes like gunpowder. It may flare up at any moment. And in Siberia there are dry thunderstorms. The lightning strikes – the fire starts, spreads, and that’s how it starts. Another common fire situation is: a remote village where the power line passes, the poles on the power lines are old, nobody has changed them for a long time, with heavy wind the poles are down, a short circuit — and there you have it, the fire. As a result, the forest burns at a distance, and the region has neither the strength nor the means nor the ability to extinguish. You can, of course, attract aviation, but ten IL-76s together with helicopters will not cope with such a large-scale problem. The most effective way to deal with fires is timely prevention. In Soviet times, there was constant monitoring: they noticed a hearth, landed paratroopers, and they are already working on the spot. There were no such services in the region - it is believed that it is economically unprofitable to maintain them. But if it burns every year, perhaps the cost of fire protection would justify itself.

About illegal lumberjacks and the fight against them

- The damage to the forests is serious. In addition, illegal entrepreneurship in the forest fund leads to unfair competition, criminal pressure on the round timber market. This is on the one hand. On the other hand, the Soviet system of forest protection is no longer working, and the new legislative framework has not yet been fully formulated. The number of forest workers and foresters decreased by almost five times. On average, about 55,000 ha of forest are accounted for per forestry worker in Russia, and more than 300,000 ha in multi-forest areas. This is a huge number. One can’t talk about any forest protection in such territories.

First, it is necessary to seriously increase the share of processed timber in exports. The higher the degree of processing, the easier it is to control the process. Secondly, it is necessary to properly organize auctions for the allocation of land to tenants. Stable in terms of the economy, well-equipped companies should participate in them. Then, one-day firms pursuing the sole purpose of earning will not fall into logging.

- Today, the timber processing complex includes both logging, and sanitation, and wood chemistry, and, as a result, there is a tendency to enlarge the business, to complexity. The tree will be cut down in the forest, part of this raw material will be exported to enterprises that will conduct mechanical processing - to produce a board. Part of the waste that remains from mechanical processing (wood chips and sawdust) will go to the production of biofuels, and part of the waste in the form of balances will go to the production of pulp. I believe that the forest industry is now on the way to the emergence of large players at the federal level who can overpower serious investments and organize an integrated approach.

About trade with Europe and China

- Trading with Europe is difficult. One of the main problems is logistics. The cost of transportation in Russia is quite high. If lumber manufacturers from Europe, the USA, and Canada have some privileges or the ability to ship at liquid prices, then we have strict RZD tariffs, we are limited to them. The main suppliers of wood are Krasnoyarsk and Irkutsk. It turns out that it is often cheaper to bring the forest to China than to Moscow. And if something happens, and China, as has already happened with other types of raw materials, tomorrow will not want to buy these products at the prices that are now, the market will collapse.

- There are still a lot of forests in Russia, the forest is growing, and this is a positive trend. But not all is well with the industrial forest. An industrial forest is a forest located in an access zone with transport accessibility. It is cut down, and there it is necessary to deal with reforestation, build forest roads, carry out certain activities, increase the number of forestry monitoring authorities, of the same foresters. In the Irkutsk region there are places where harvesting has been going on for 30–35 years. Everything has already been worked out there. Reforestation is carried out, but in conifers the recovery period is from 80 to 120 years. Not so fast.